with introduction and Q&A at 6pm

FotoFilmic was founded in 2012 as a global film-photography publication and curation platform dedicated to emerging and unknown photo talents attached to film worldwide.  In the global context of digital technology FotoFilmic reflects an ongoing transformative understanding of Film Photography as a distinct fine art medium and practice within contemporary photography. While most film shooters are presently found in academic art departments pursing advanced degrees, FotoFilmic’s core intention is to open wide the publication doors of contemporary film photography to all talented amateurs without restriction of ages or location that demonstrate high quality of execution and creative envisioning.

dnj Gallery will be hosting FotoFilmic’14, the second annual and global film photography competition.  In January, 2015, this traveling exhibition will come from Vancouver, Canada to Los Angeles, California.  We will be having a talk/presentation, at the beginning of the opening reception, at 6pm.  They will introduce the FotoFilmic organization and competition and relate it to the exhibition in its representation of contemporary film photography, and then answer questions in an informal open dialogue with the audience.


For directions to our gallery, please click here.
dnj Gallery is now on Artnet, so be sure to check us out!
dnj Gallery is also on Facebook and Twitter.
Posted by dnj gallery at 1:46 PM No comments: 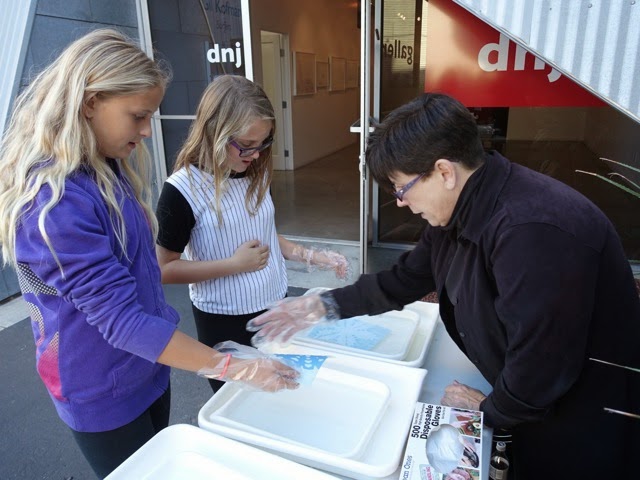 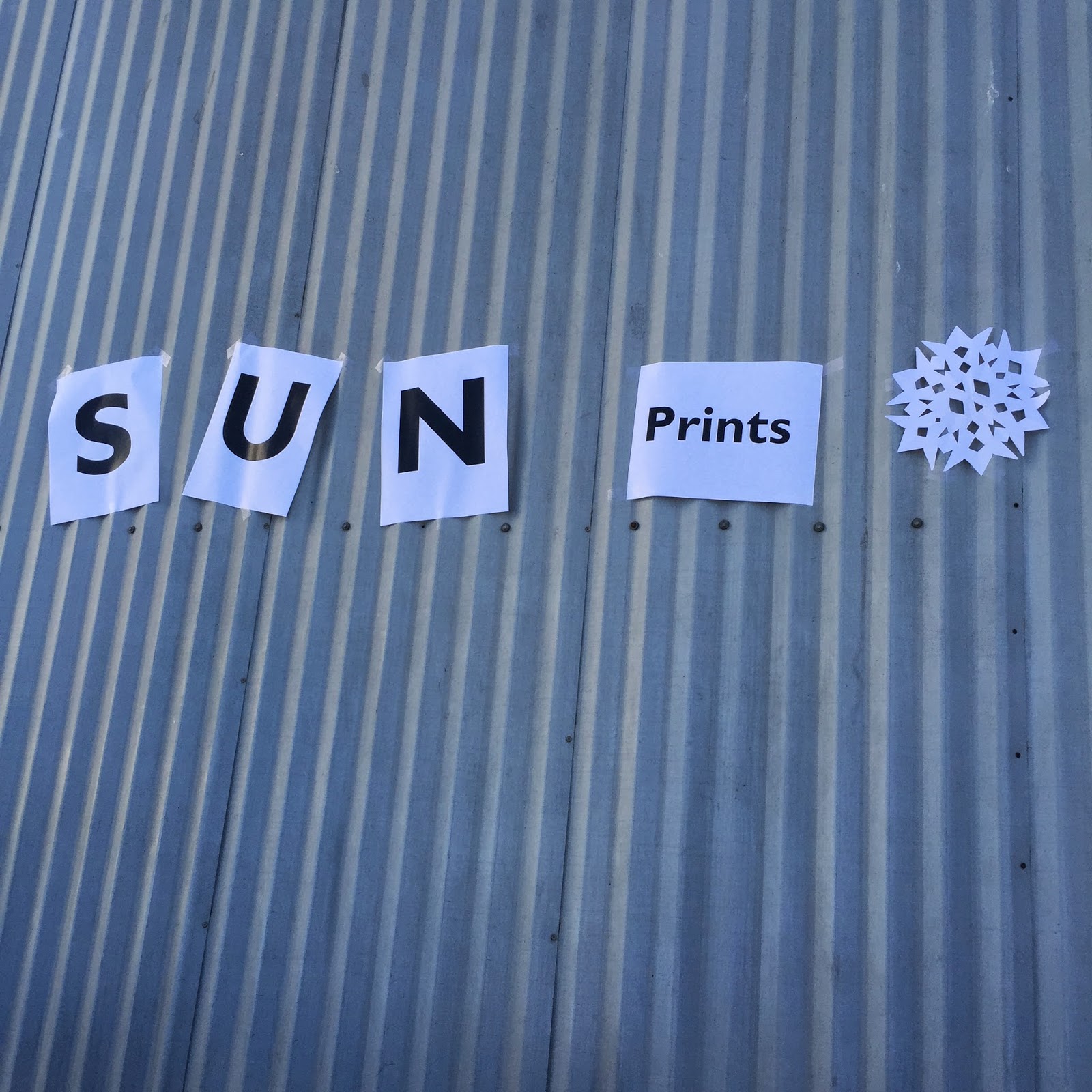 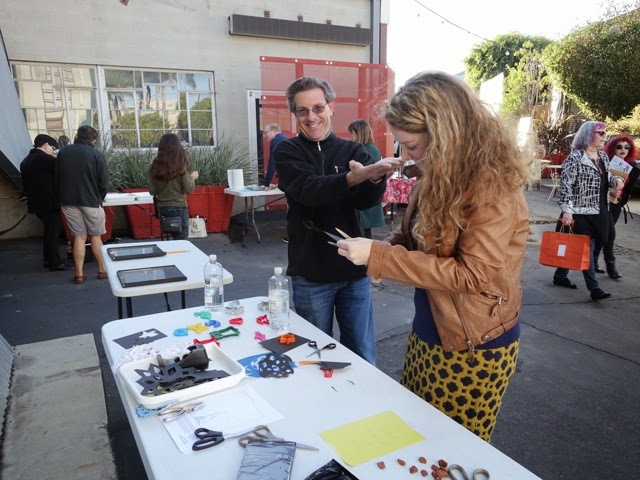 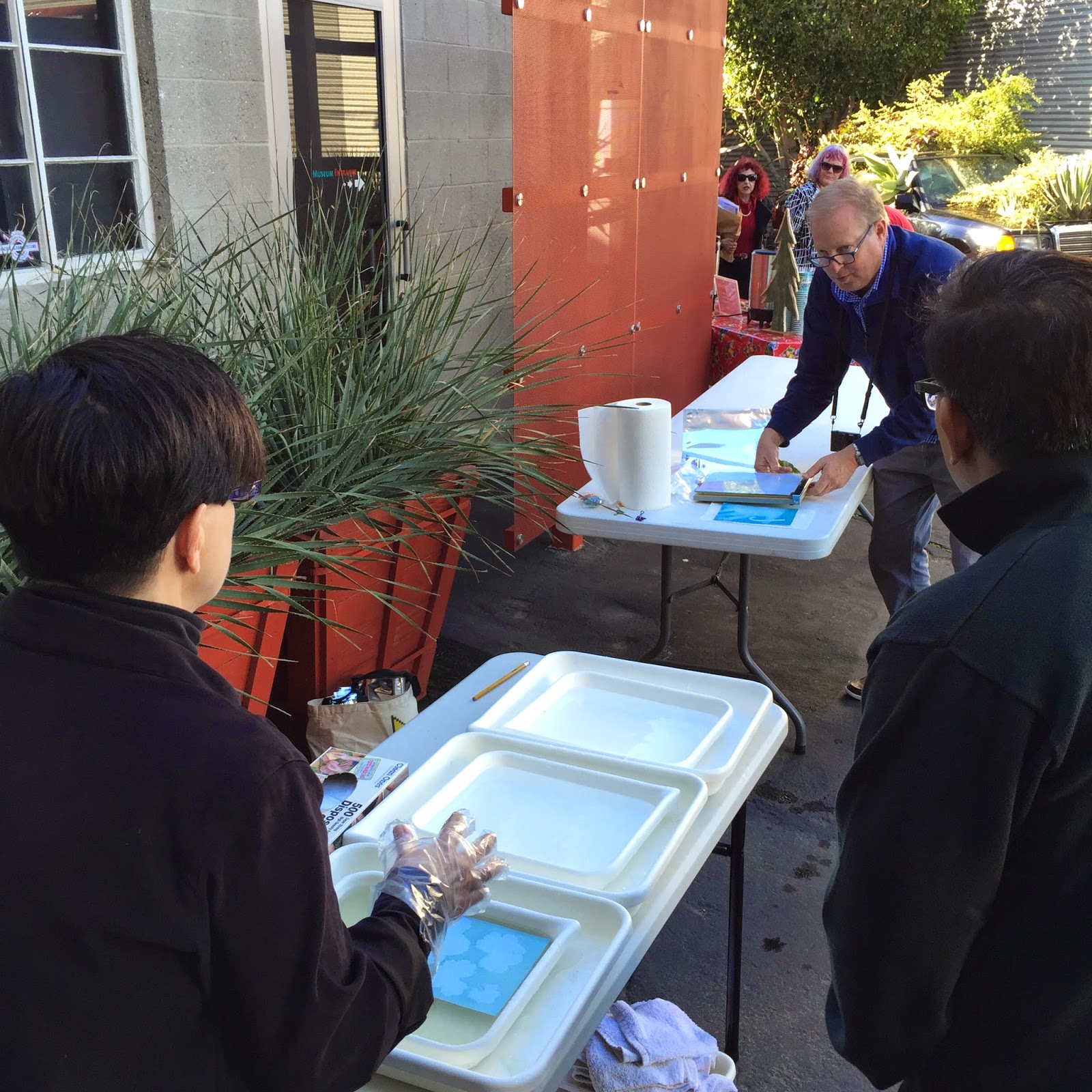 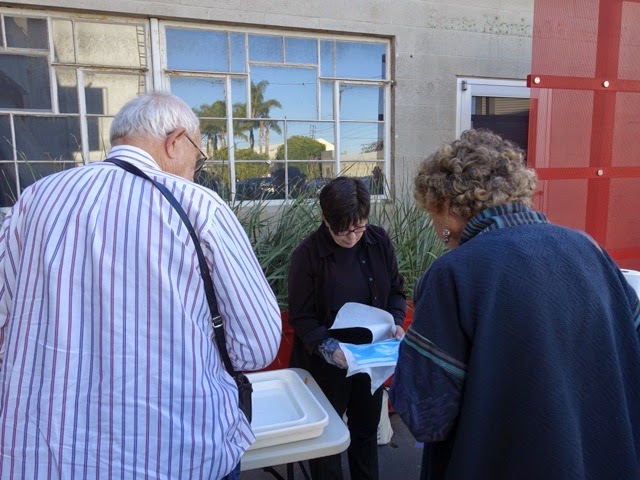 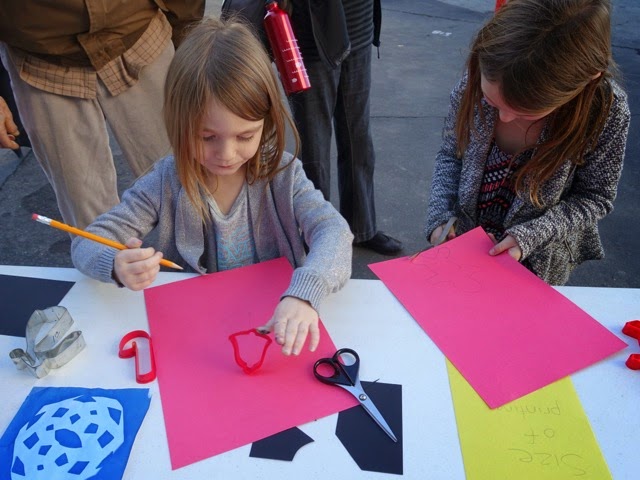 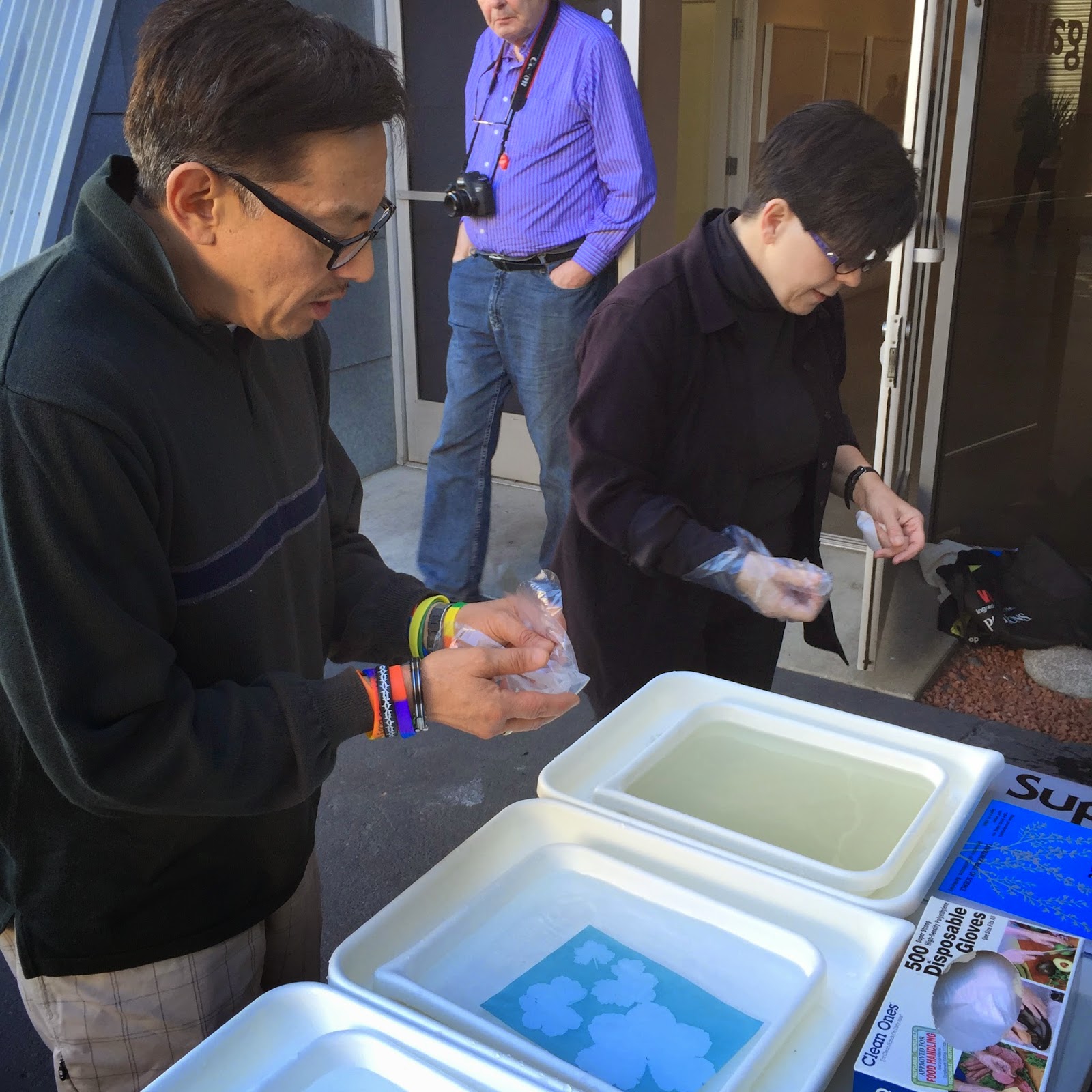 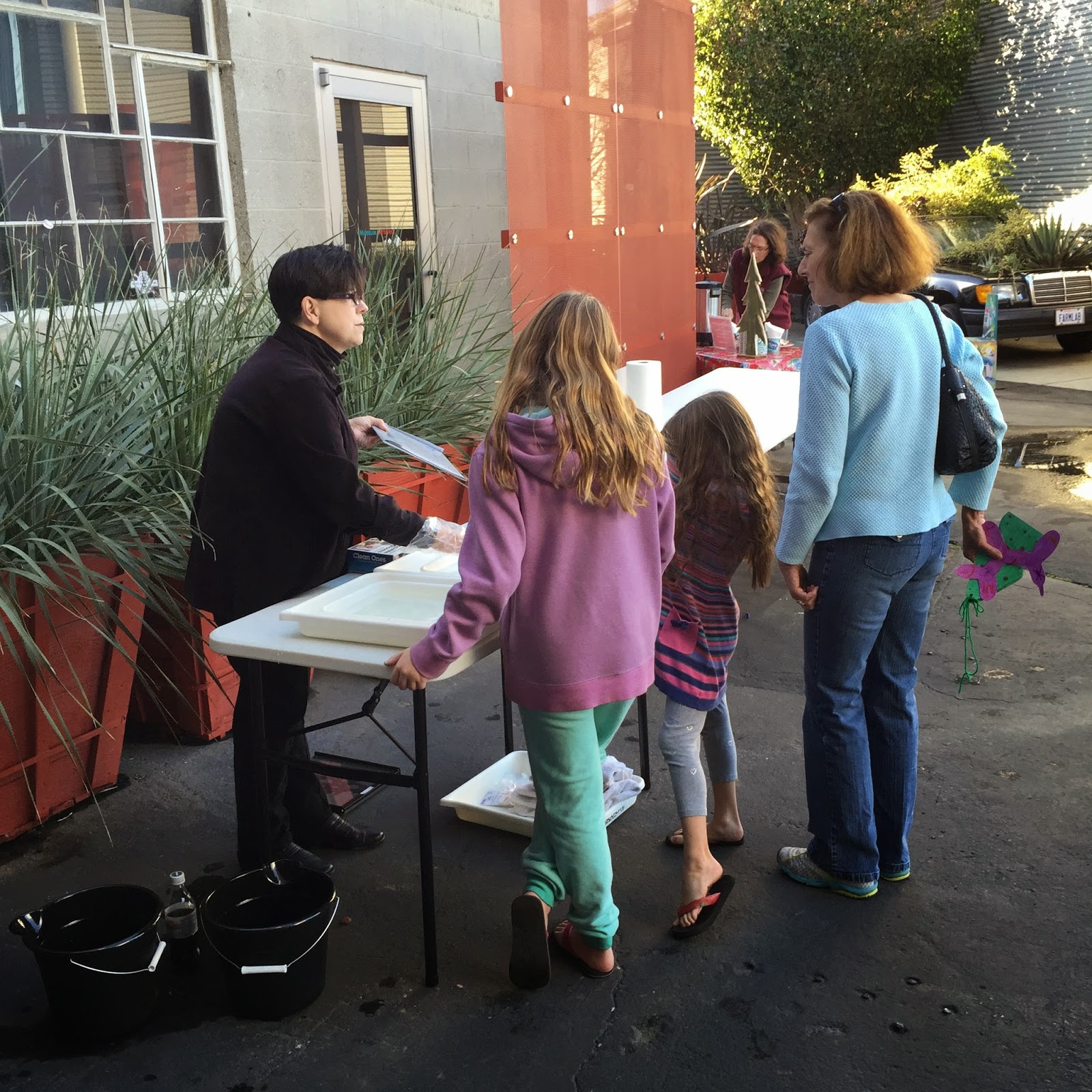 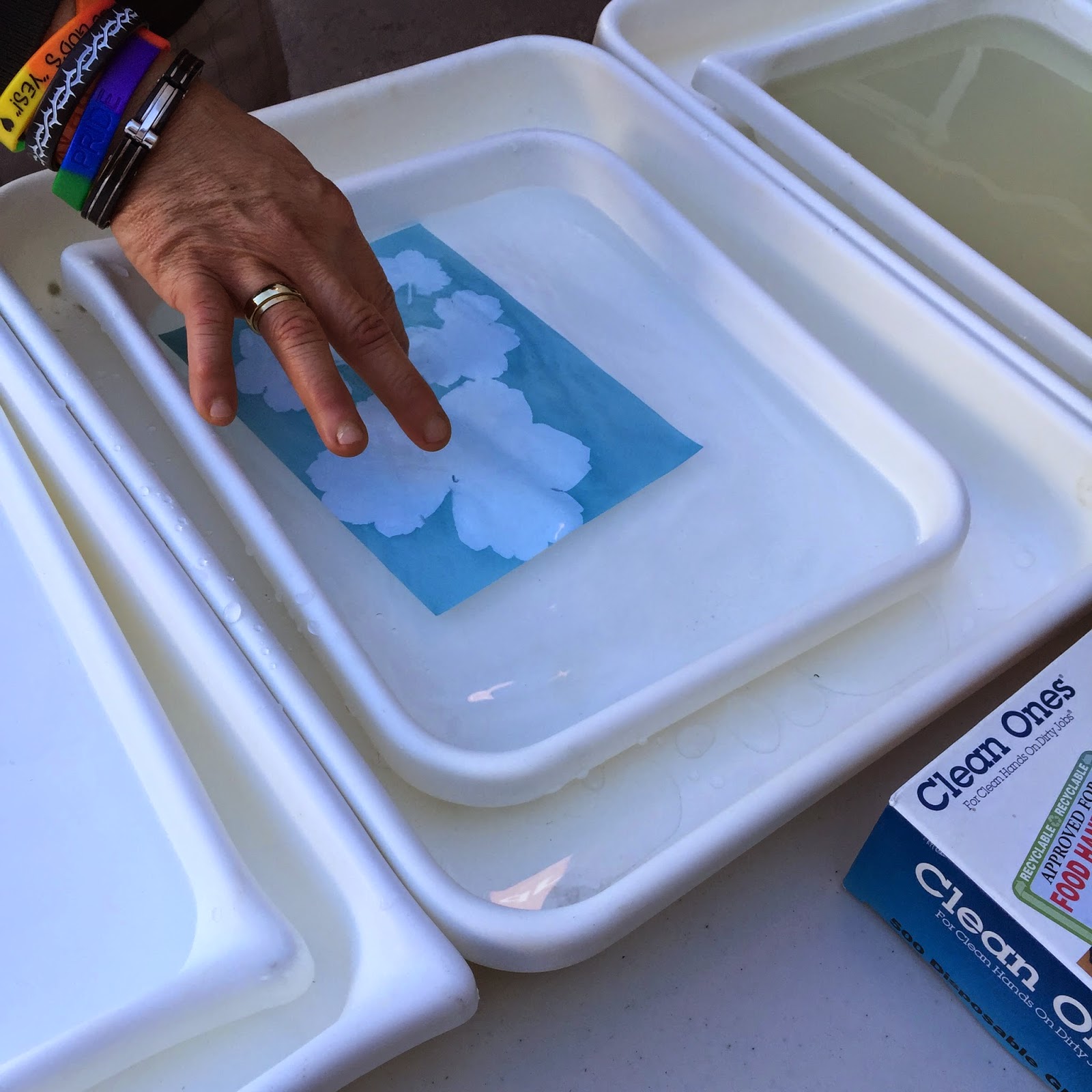 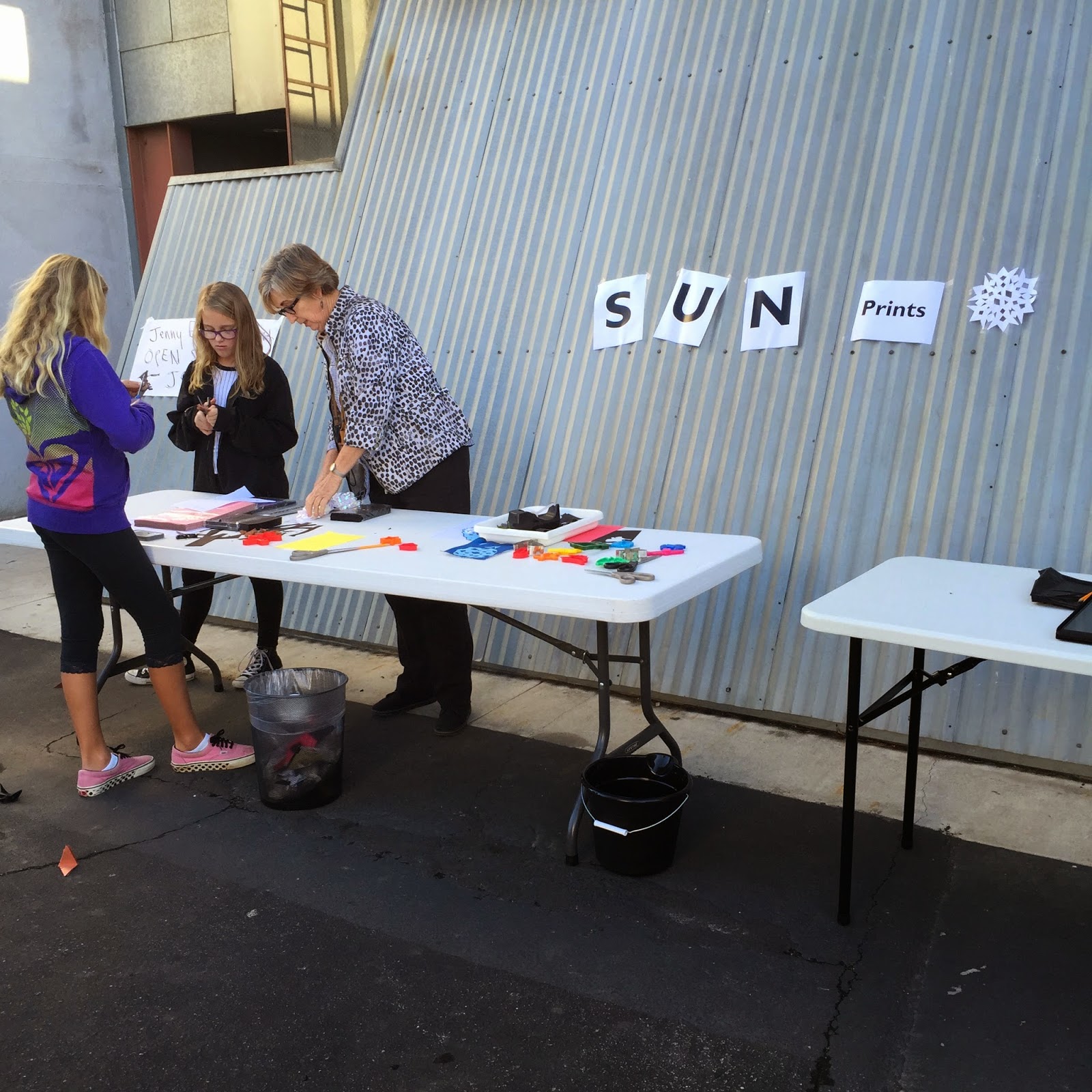 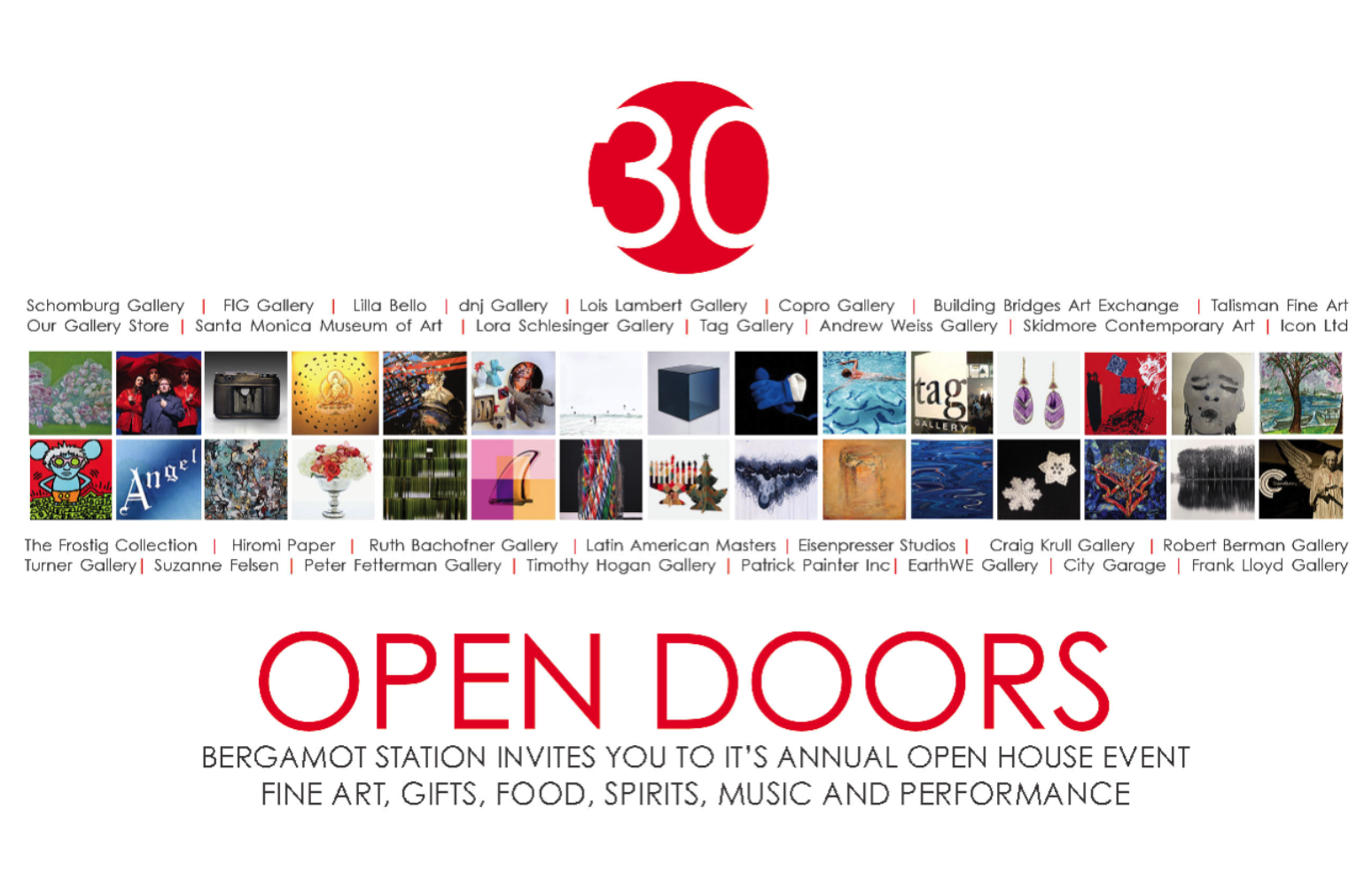 Posted by dnj gallery at 2:21 PM No comments:

"Long-revered conventions have held that landscape and nature photography should minimize evidence of human presence. In this framework, the best images offer up the pristine vistas that photographer Lewis Baltz has wryly characterized as “the privileged world of pure nature.” The ten artists in Human/Nature: Photographers Constructing the Natural World play with and against this tradition. In the work on display, these artists treat signs of humanity, and our activities, as essential, constitutive elements of their image-making practice rather than as undesirable or unfortunate inclusions. Drawing upon American photography from the 1960s to the present in the Norton Simon’s permanent collections, this exhibition sees “nature” and “culture” not in opposition, but in dialogue."
Posted by dnj gallery at 3:02 PM No comments: 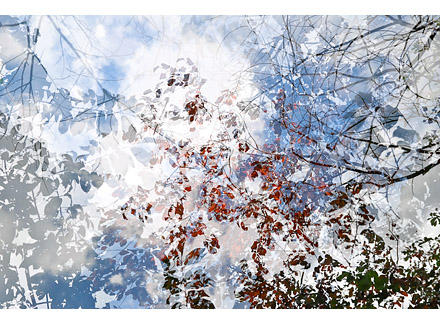 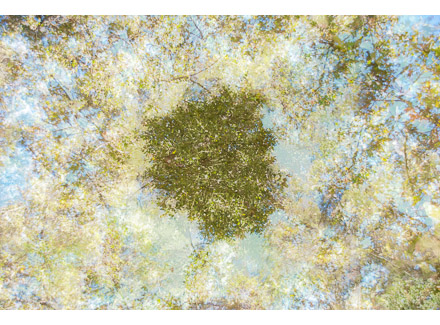 
For the months of December and January dnj Gallery is offering a 15% discount on photographs by dnj artist Dan Shepherd.

Dan Shepherd develops a layered, formal view of our environment by focusing on colors, shapes, and textures. As he explains, he seeks to "use the power of abstraction to filter out the science details in his head" so that he can focus on the purely visual elegance of nature and create almost portrait-like images of trees, plants and landscapes. In his work, he expands his breadth by photographing the characteristics of our landscape at various botanical locations in New York, Alaska, and California.

and an International Diploma in Plant Conservation from the Royal Botanic Garden,
Kew, England. He holds a B.A. in Japanese from the University of Oregon. His work
has been shown in various locations throughout the country, and has been featured in
several recent publications, including: “The Orion Magazine,” “The F-Stop Magazine –
Abstraction” and “Lenscratch.”


For directions to our gallery, please click here.
dnj Gallery is now on Artnet, so be sure to check us out.
dnj Gallery is also on Facebook and Twitter.
Posted by dnj gallery at 11:22 AM No comments:

dnj is pleased to announce its current exhibition of “Surfers” by Gil Kofman.  In gallery II, we present work by Catherine Asanov, entitled “Cyrillia.”

Gil Kofman returns to dnj Gallery for his second solo show, introducing his new project entitled “Surfers.”  Kofman creates a scene for a performance.  He places the figures on an empty stage, with a simple setting, and  “turn(s) their leisure into something more existential and universal.”  He establishes this happening with the intention of eliciting the viewer’s own responses, and thus producing one’s individual play.  Kofman bleaches the highlights and darkens the figures and other shapes to create a unique, provoking image.

Kofman was born in Nigeria and raised in Kenya, Israel and New York.  He attended the NYU Graduate Film School after studying physics at Cornell.  He also holds an MFA in playwriting from the Yale School of Drama.  Kofman has written, produced, directed and edited a variety of fiction, plays, documentaries and other films.  He has exhibited his photographic work in New York and has previously sold his photographs through a gallery in Rome.  His prints are in private collections in New York and Los Angeles and have appeared in the New York Times and other publications.

Catherine Asanov grew up hearing stories from her mother which examined her Russian background, and led to their discussions of Russian culture.  The project “Cyrillia,” at first glance, should be placed within the genre of ‘fashion photography’, but Asanov’s images will not be.  These photographs are devoted to the narrative of sharing tales, and have a deeper meaning.  She feels a need to express herself and her personal history, and ultimately generates a personal response.   She believes “… these stories become the basic building blocks of our cultural identity and our understanding of who we are.”

This is Asanov’s first solo show at dnj Gallery.  She graduated with her B.F.A. from the Savannah College of Art and Design. Her photographs have been shown extensively throughout the United States, with a few exhibitions abroad.  Asanov has also had many images published in major magazines.  Catherine is known for her creativity, the high quality of her photographs, and her vision for design. Catherine is also an established fashion, commercial, advertising and celebrity photographer.  She is based in Los Angeles and New York City.


For directions to our gallery, please click here.
dnj Gallery is now on Artnet, so be sure to check us out!
dnj Gallery is also on Facebook and Twitter.
Posted by dnj gallery at 12:49 PM No comments:

20% off of this selection of photographs 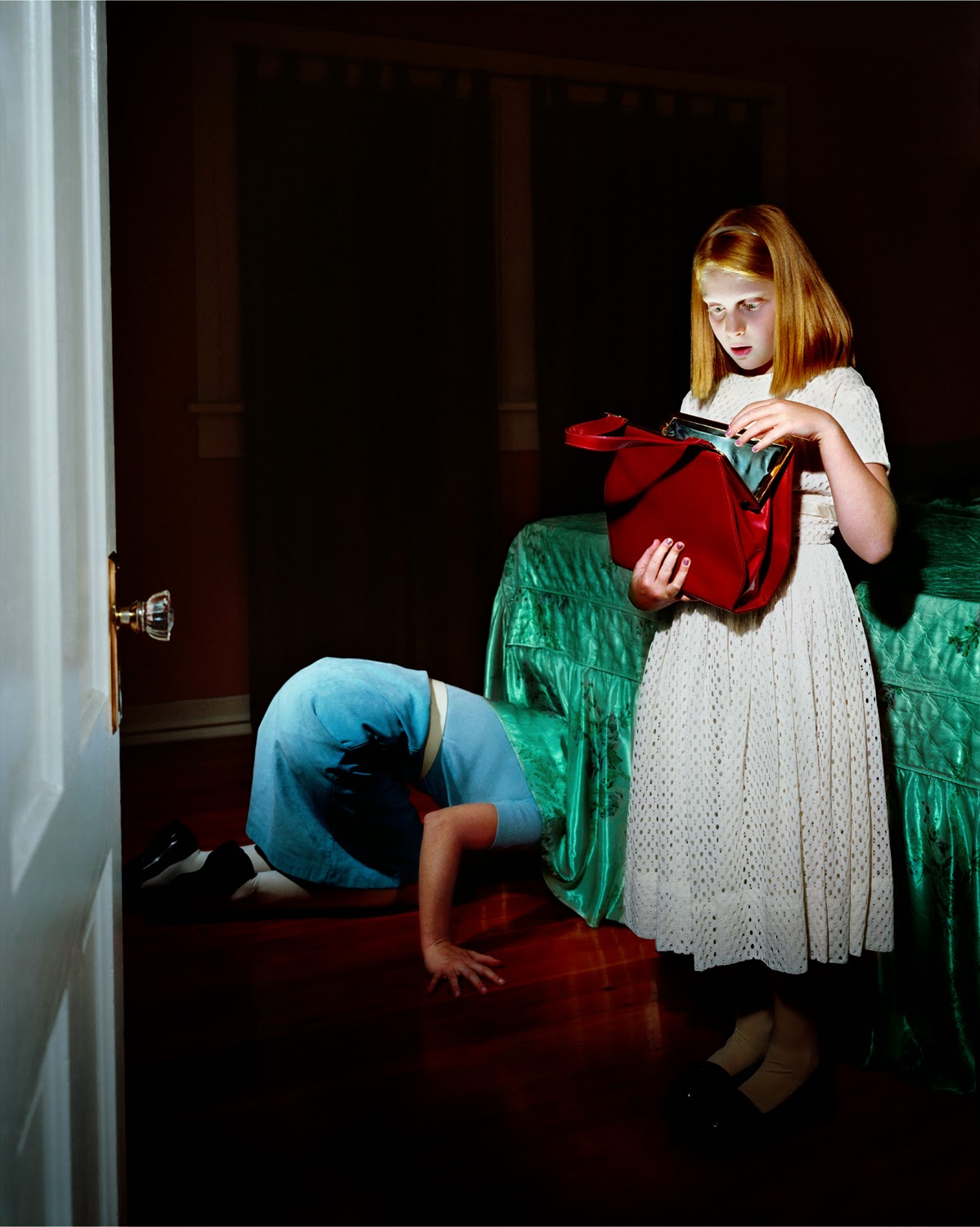 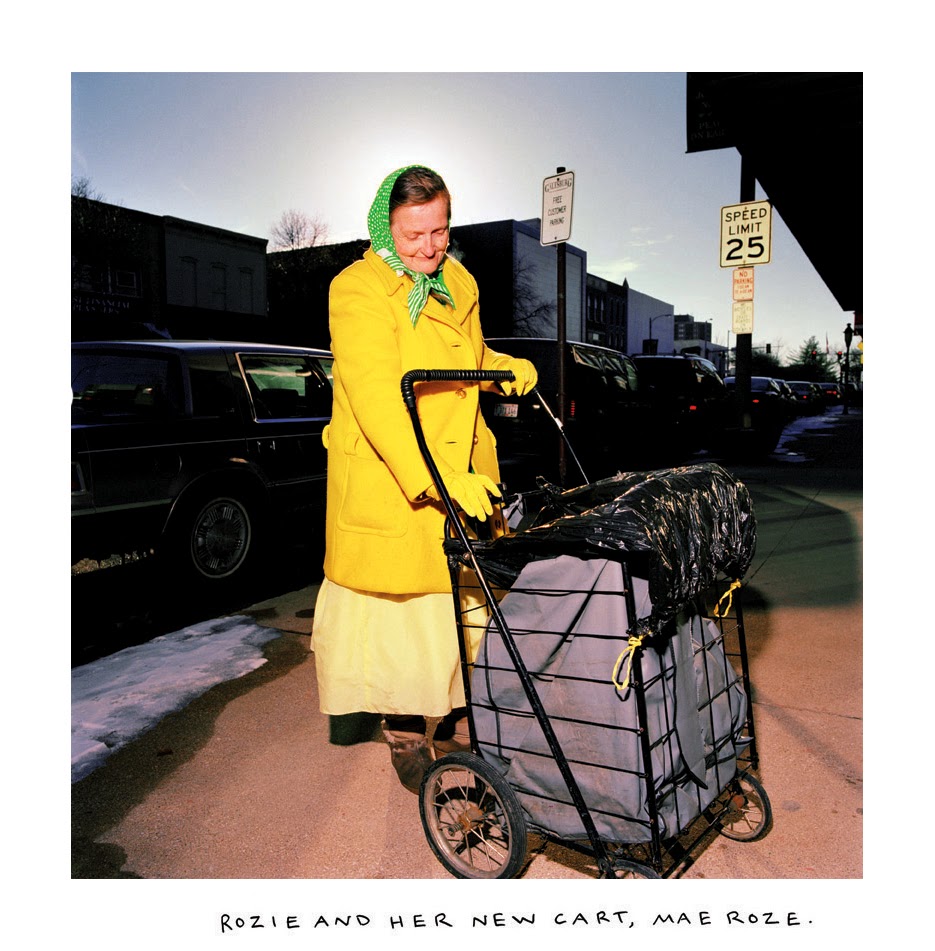 
For directions to our gallery, please click here
dnj Gallery is now on Artnet, so be sure to check us out!
dnj Gallery is also on Facebook and Twitter.
Posted by dnj gallery at 1:38 PM No comments: