Los Angeles Art Association has chosen dnj Gallery artist Dean Larson's Arles Arch (2014) as their Pick of the Day for their Annual Benefit Auction.  The auction features the talents of emerging artists, as well as works by established artists such as Ann Hamilton, Shepard Fairey, Lita Albuquerque, John Baldessari and Ed Moses. 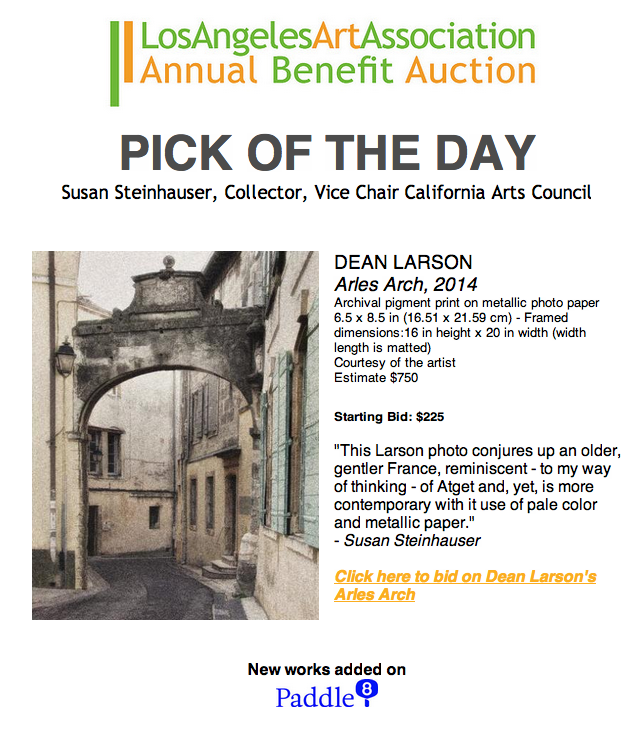 Minor White at the Getty

Current retrospective on photographer Minor White, Minor White: Manifestations of the Spirit showcases works spanning his career, from 1937 -1976.  Influenced in his early years by Ansel Adams, White was a master of photographic modernism, capturing images that were not only beautiful but also evocative, brimming with symbolism and metaphorical allusions.  He used photography to reveal his search for spiritual transcendence and as a medium through which he could express his repressed homosexuality.

The show opened at the Getty Center on July 8 and continues through October 19, 2014. 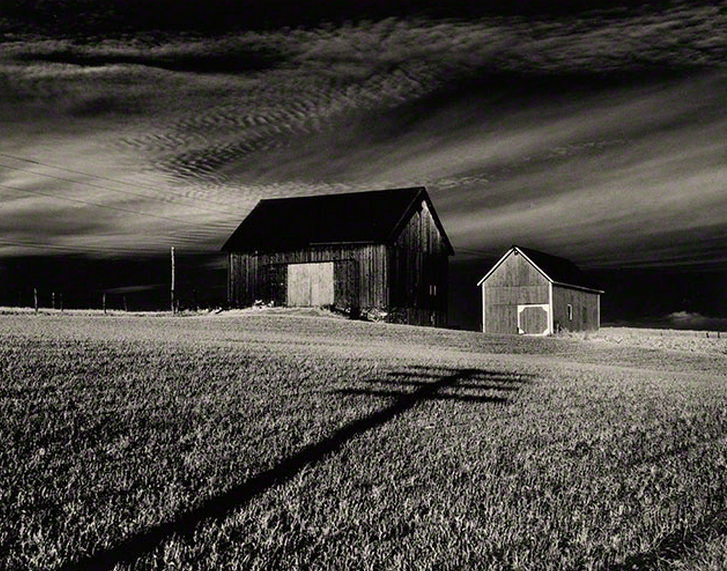 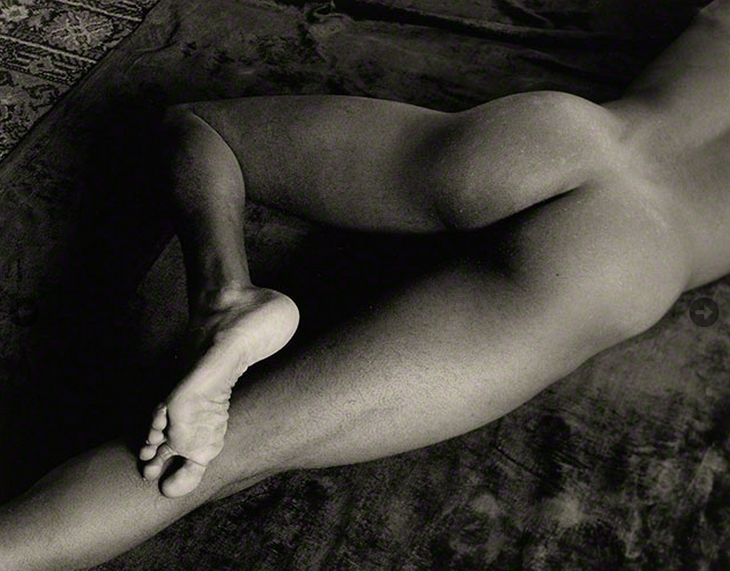 Hours: Tuesday - Saturday 9am - 4:30pm, closed Sunday & Monday
Group tours are available by appointment. The Museum of Art is free,
open to the public, and accessible. 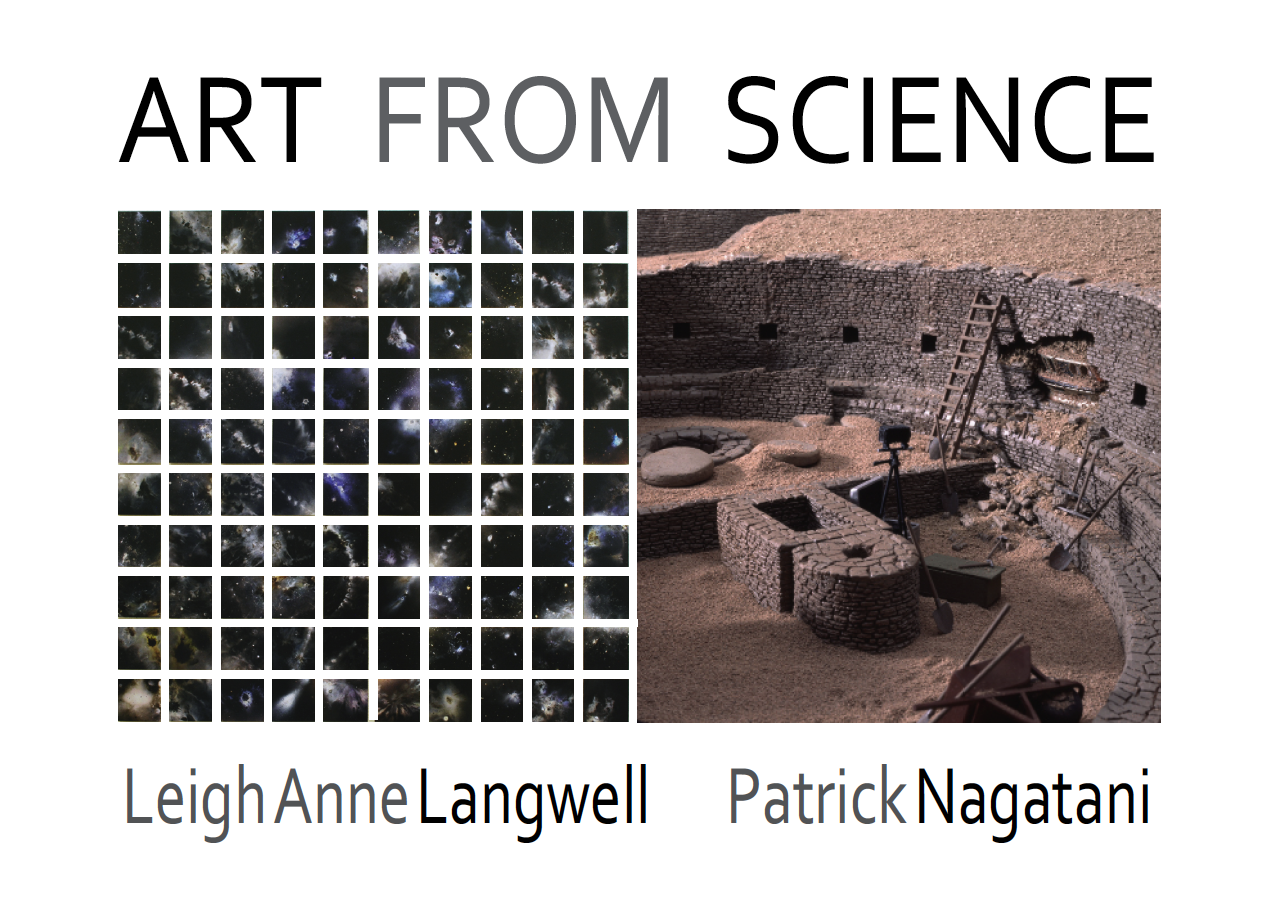 Hirsch is celebrated in the world of photography as an educator, editor, bestselling author, contributing writer, artist, curator, Executive Director of CEPA Gallery, and a voice and documenter for the fine art contemporary photography movement of the 1960s.  In an excerpt (below) of his interview, he highlights Curran and Walker as photographers who collaborated with and influenced other well-known photographers working at the time.

"After Robert Heinecken, there’s Darryl Curran. Curran was a student of Heinecken’s and became his teaching assistant. Then Curran became a teacher and went on to influence a whole generation of students. There were all kinds of connections like this. After Curran, there’s Todd Walker. Walker was teaching at the Arts Center in LA and he ended up teaching with Heinecken, and then with Jerry Uelsmann and Douglas Prince, who are also in the book. Prince taught with Jerry Uelsmann for a number of years. There were numerous examples of such synchronicity of people and places coming together." 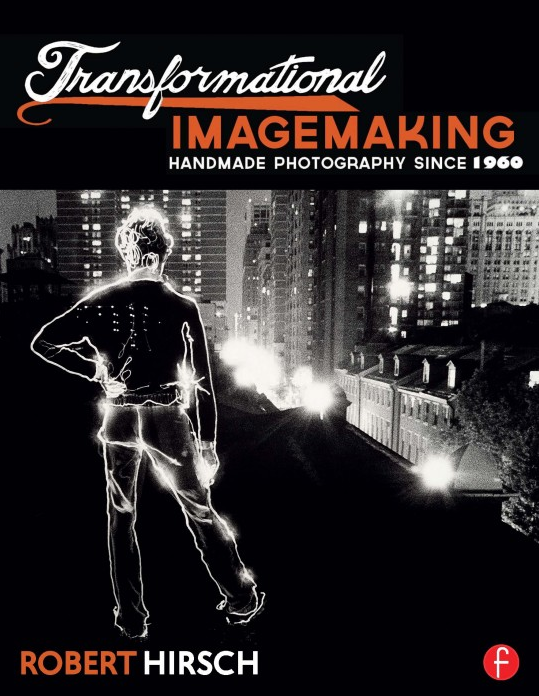 
Select works from this project are currently available at dnj Gallery. 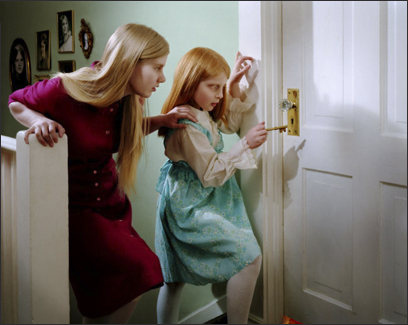 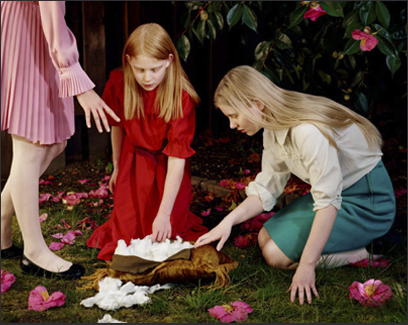 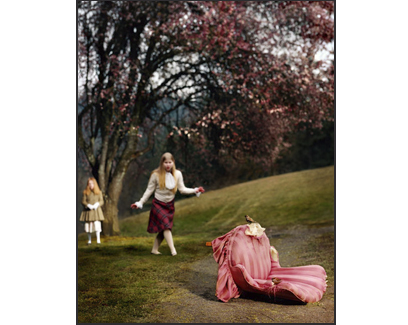 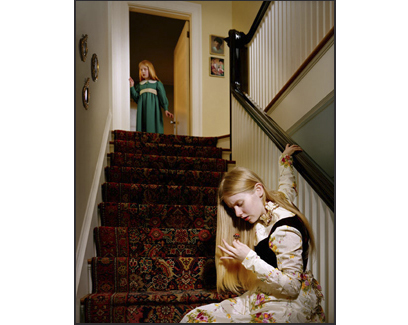 
For directions to our gallery, please click here
dnj Gallery is on Artnet, so be sure to check us out.
dnj Gallery is also on Facebook and Twitter.
Posted by dnj gallery at 10:00 AM No comments:

The Faces of America


dnj Gallery's current exhibition, “The Faces of America” is a photography exhibition which features artwork by dnj Gallery’s artists. These artists explore various themes including self-identity, culture, and environment, while using an array of traditional and experimental photographic processes.


For directions to our gallery, please click here.
dnj Gallery is now on Artnet, so be sure to check us out!
dnj Gallery is also on Facebook and Twitter.
Posted by dnj gallery at 10:00 AM No comments:

For the month of July dnj Gallery is offering a 15% discount on photographs by dnj artist Ni Rong. 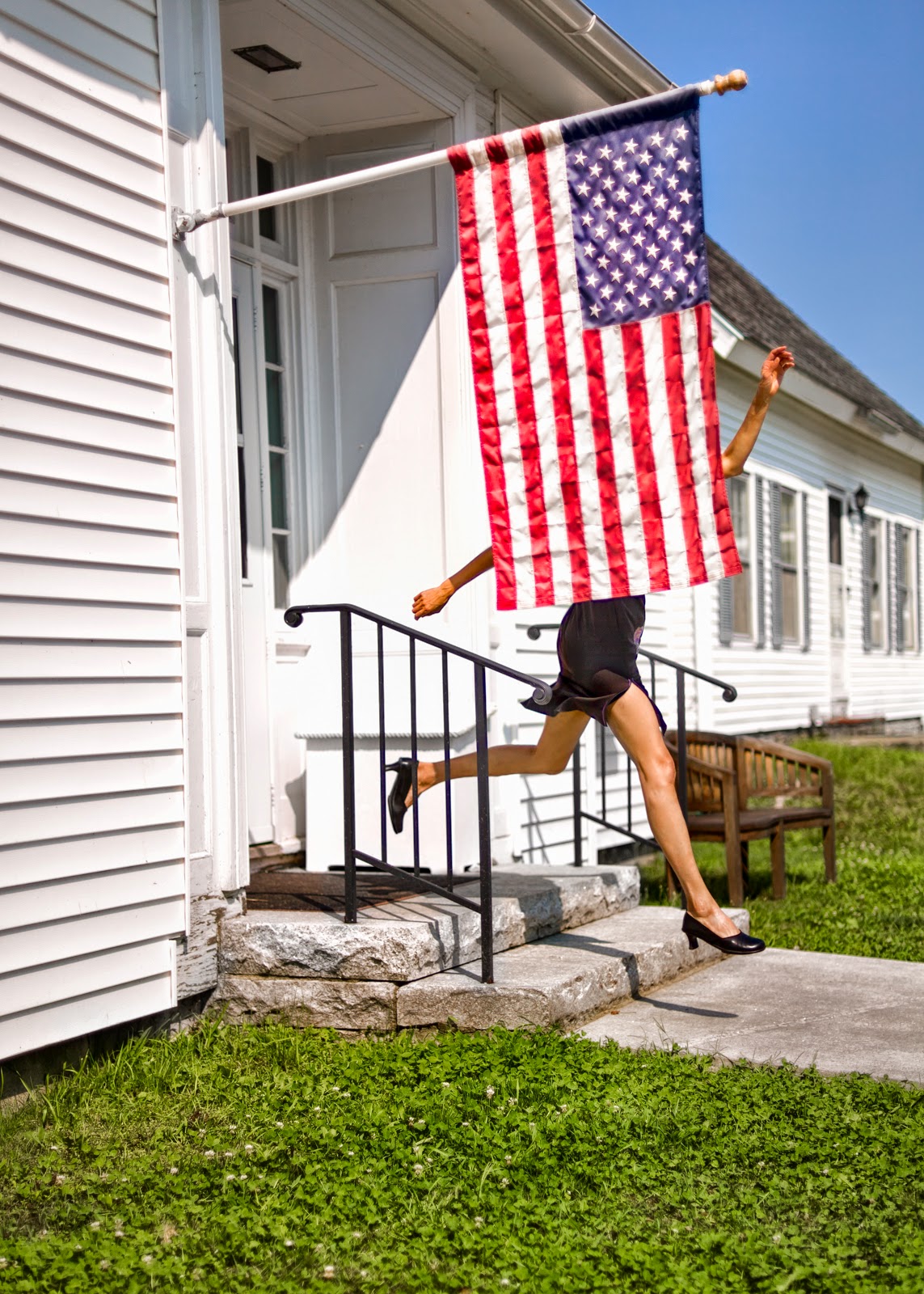 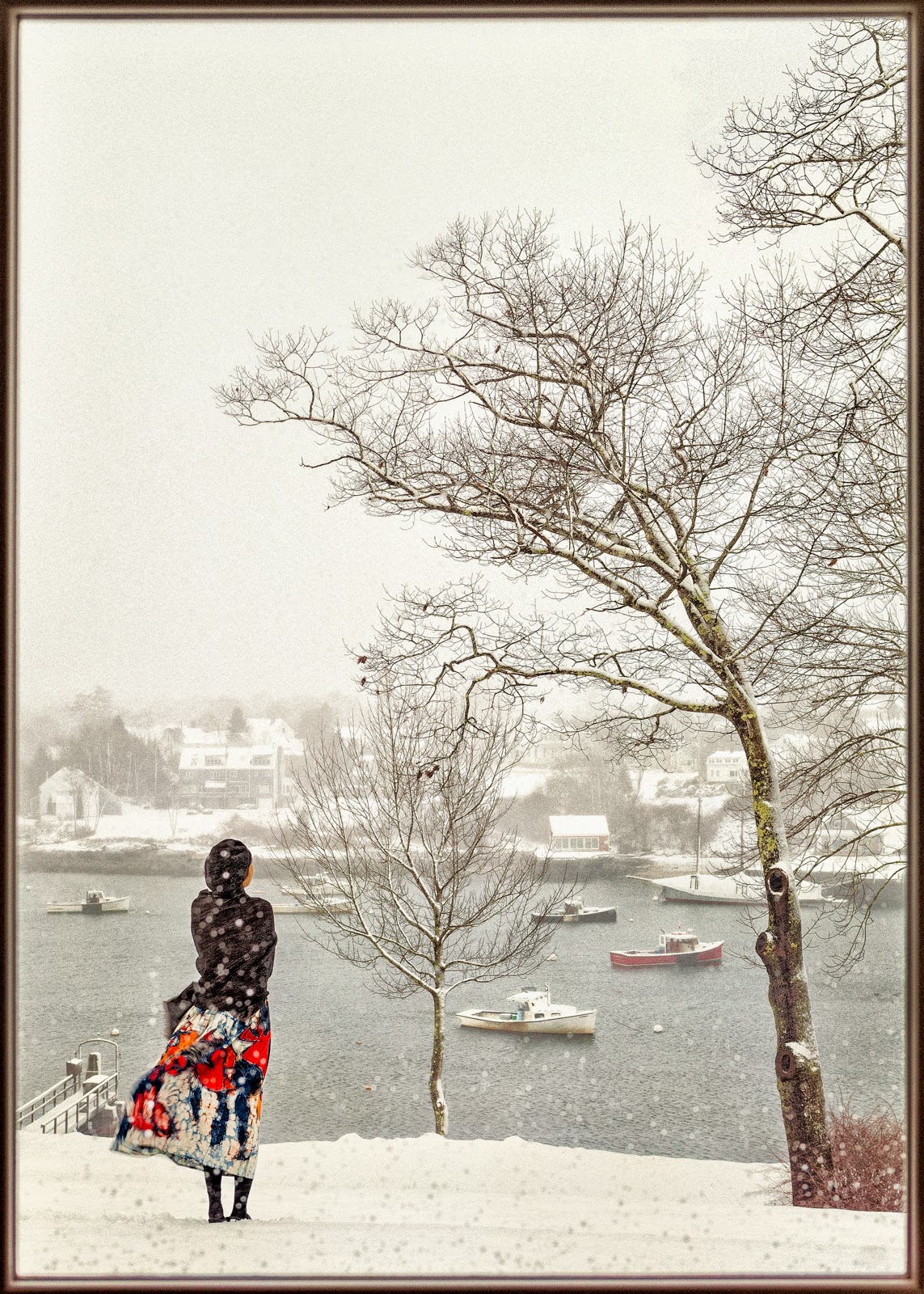 Ni Rong lived in China until the age of 28, when she immigrated to the United States for graduate school. Her ambivalence toward her cultural identity is illustrated in her series "In America - Spring, Summer, Fall and Winter." Rong's self portraits are visual interpretations of the tension between her desire to embrace the past while looking for a future for herself in a new land.

"This project has helped me to make connections both to my distant home in China and my new one in this land of freedom. It has also helped me grow as a person and as an artist by gaining a deeper perspective that home is where things were born, and growing into the new is what life is really about."

Ni Rong was born in Beijing China in 1957. She moved to the United States in 1985 for graduate school education. Since 2006, she has taken numerous photography courses at the Maine Media Workshops, Santa Fe Photographic Workshop and Palm Beach Photographic Center. She holds a Doctor of Philosophy degree from the School of Nutrition at Tufts University; a MA from Central Michigan University, and BS from Beijing Normal University.


For directions to our gallery, please click here
dnj Gallery is now on Artnet, so be sure to check us out.
dnj Gallery is also on Facebook and Twitter.
Posted by dnj gallery at 10:00 AM No comments:

Photographic Arts Council will be having their fifth annual Collectors' Favorites exhibition. Opening reception will be held Saturday, July 12 from 7-9 PM at the Leica Gallery. 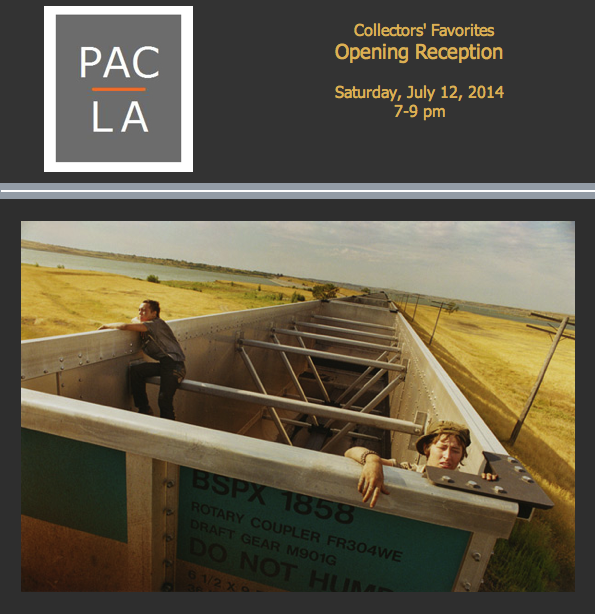 Please join us at the opening reception for one of our favorite PAC/LA events of the year.
View selections from our members' collections and read why they chose to bring these photographs into their lives.  A jewel box, showcase event with libations and light hors d'oeuvres. Complimentary valet parking as space allows.  Free neighborhood parking passes provided thereafter.

Photo © Mike Brodie
Posted by dnj gallery at 10:00 AM No comments:

Pamela Mayers-Schoenberg's exhibition "The Vermont Project" was recently reviewed in Art Ltd magazine's July/August issue.  This documentary photography exhibition was shown at dnj Gallery May 1- 31, 2014.  See below for full review.  For more information or images, please contact us. 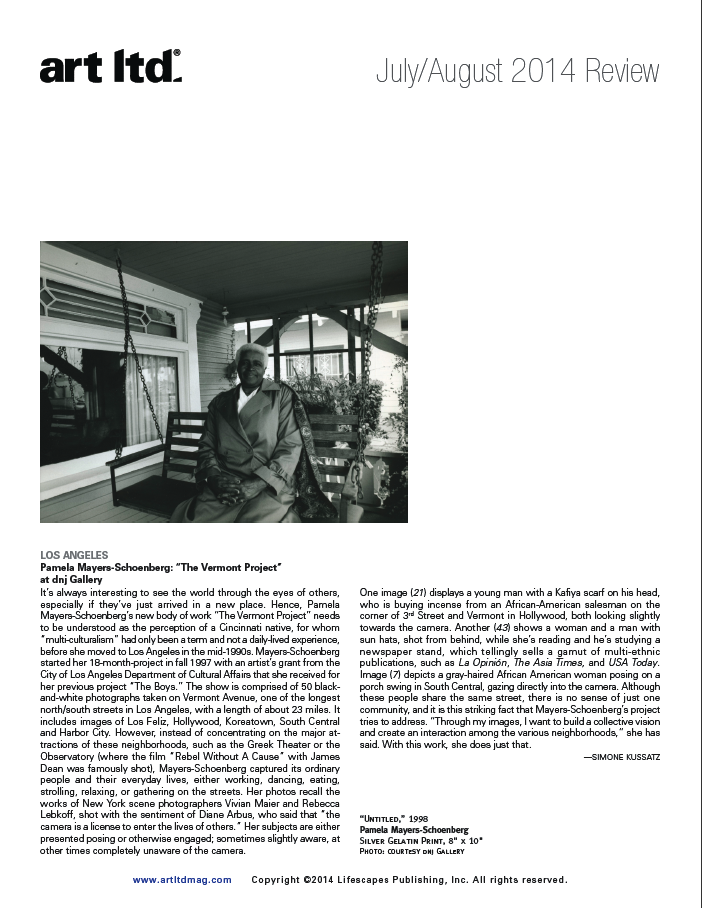 It’s always interesting to see the world through the eyes of others,
especially if they’ve just arrived in a new place. Hence, Pamela
Mayers-Schoenberg’s new body of work “The Vermont Project” needs
to be understood as the perception of a Cincinnati native, for whom
“multi-culturalism” had only been a term and not a daily-lived experience,
before she moved to Los Angeles in the mid-1990s. Mayers-Schoenberg
started her 18-month-project in fall 1997 with an artist’s grant from the
City of Los Angeles Department of Cultural Affairs that she received for
her previous project “The Boys.” The show is comprised of 50 blackand-
white photographs taken on Vermont Avenue, one of the longest
north/south streets in Los Angeles, with a length of about 23 miles. It
includes images of Los Feliz, Hollywood, Koreatown, South Central
and Harbor City. However, instead of concentrating on the major attractions
of these neighborhoods, such as the Greek Theater or the
Observatory (where the film “Rebel Without A Cause” with James
Dean was famously shot), Mayers-Schoenberg captured its ordinary
people and their everyday lives, either working, dancing, eating,
strolling, relaxing, or gathering on the streets. Her photos recall the
works of New York scene photographers Vivian Maier and Rebecca
Lebkoff, shot with the sentiment of Diane Arbus, who said that “the
camera is a license to enter the lives of others.” Her subjects are either
presented posing or otherwise engaged; sometimes slightly aware, at
other times completely unaware of the camera.
One image (21) displays a young man with a Kafiya scarf on his head,
who is buying incense from an African-American salesman on the
corner of 3rd Street and Vermont in Hollywood, both looking slightly
towards the camera. Another (43) shows a woman and a man with
sun hats, shot from behind, while she’s reading and he’s studying a
newspaper stand, which tellingly sells a gamut of multi-ethnic
publications, such as La Opinión, The Asia Times, and USA Today.
Image (7) depicts a gray-haired African American woman posing on a
porch swing in South Central, gazing directly into the camera. Although
these people share the same street, there is no sense of just one
community, and it is this striking fact that Mayers-Schoenberg’s project
tries to address. “Through my images, I want to build a collective vision
and create an interaction among the various neighborhoods,” she has
said. With this work, she does just that.
—SIMONE KUSSATZ
Posted by dnj gallery at 10:00 AM No comments: 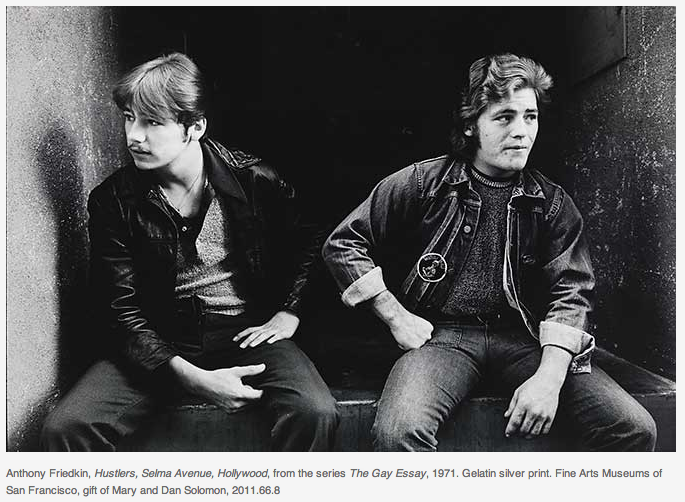 "A native of Los Angeles, Anthony Friedkin (b. 1949) honed his photographic skills at an early age and became a professional artist after he graduated from high school in the late 1960s. A variety of magazine assignments took him into the streets of his hometown, where he created vivid photo essays that examined the diverse neighborhoods and touched on some of the most important social and cultural issues of the time. During the culturally tumultuous years of 1969 to 1973, Friedkin made a series of eloquent and expressive photographs that chronicle the gay communities in Los Angeles and San Francisco at the time. The Gay Essay was a self-assigned project and, although largely unknown today, it arguably comprises the most important set of photographs in Friedkin’s portfolio to date.

For the first time, the full depth and range of this unique series will be presented in an exhibition at the de Young. Coinciding with the 45th anniversary of the Stonewall Riots in New York City, Anthony Friedkin: The Gay Essay will present approximately 75 vintage prints. Friedkin’s portraits, taken in streets, hotels, bars, and dancehalls, demonstrate a sensitivity and an understanding that has imbued the series with an enduring resonance. Contact prints, documents, and other materials from the photographer’s archive will also be on view, illuminating the conception, process, and execution of this work and the broader historical context that gave rise to it."

For more information on this exhibition, please refer to the de Young's website.

Daylight Editions
In partnership with the Fine Arts Museums of San Francisco, Daylight has reproduced the original 1973‒1975 maquette of Anthony Friedkin's The Gay Essay (exhibited at the de Young for the first time) along with audio commentary by the artist and ephemera related to the work. For free access to the digital edition, visit: www.daylight.co/thegayessay
Posted by dnj gallery at 11:59 AM No comments: