Michael Eastman Reviewed in this Past Friday's Los Angeles Times

Read the review of Michael Eastman's exhibition, Vanishing America below or view the article here. 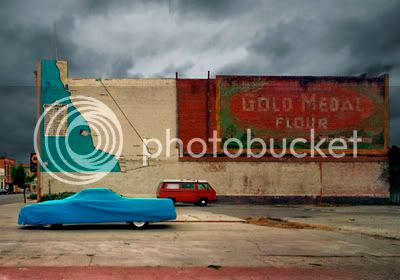 Photographs keep a subject alive and at the same time mark its passing. The friction between a photograph's perpetual now and its memorial then can saturate an image with poignancy -- the reprieve of preservation tempering a wrenching sense of loss.

This dynamic plays out powerfully in Michael Eastman's photographs of "Vanishing America." DNJ Gallery's selection of 16 large color prints from an extensive series shot over 3 1/2 years across 40 states makes for a moving, piquant and beautiful show. It reads as a tender ode to a bygone social and architectural landscape, an environment consisting of the idiosyncratic, particular and human-scaled.

Obsolescence has a seductive patina, and Eastman exploits it well. He shoots many of his subjects under stormy skies, as if to amplify the threat the sites face. He also pictures streets emptied of pedestrians and businesses devoid of customers, reinforcing the mood of abandonment. Mainly, though, he composes images with gorgeous precision, an acute sense of color and deep affection.

"Guadalupe" is an impeccable example. Eastman photographs the brick side of a building on a commercial street. On the left half of the wall is painted a map of California with a hand pointing to the town's location on the central coast. The state is rendered in flat white and the Pacific vivid turquoise, rhyming with the equally vibrant blue cover on a car parked in the scrappy lot beside the wall. To the right of the map, the brick wall is unpainted but for a fading ad for Gold Medal Flour that further engages with the layering of time. "Eventually," the ad reads, "Gold Medal Flour. Why Not Now." Beneath the sign stands the lot's only other car, a rust-colored van that echoes the tones of the exposed brick.

Eastman credits Rothko with teaching him about color, and the lessons were well learned. Beyond their documentary value, the photographs have an independent energy derived solely from their chromatic relationships. Golden fall leaves dust the ground around the little "Le Happy" cafe, painted mustard with black trim. Metal outdoor chairs painted in combinations of pumpkin and forest green set off jazzy syncopation standing against a coral house trimmed in teal.

Eastman is equally attentive to clean, architectonic structure, carefully orchestrating balance and rhythm. In a picture of a boarded-up old theater, for instance, he includes the street's double yellow lines within the frame, not just to offset the building's dingy white facade, murky teal boards and crisp aqua sky but to underline the scene, doubly and in highlighter, signaling significance and urgency.

Walker Evans' legacy is evident throughout Eastman's work: a love of the vernacular, a consistent, frontal approach, and fondness for signage -- hand-lettered, misspelled, dotted with errors caused by time and neglect. Above the sign for the mint-green, still-in-business Club Che-Ches hovers another, embossed in the original architecture, whispering "FANTASY." A rundown facade on Commercial Avenue in Cairo, Ill., announces its own lost currency with a sign reading, "If it new DOTTY has it! (sic)"

Eastman, who lives in St. Louis and has also shot the faded splendors of Cuba, has a close contemporary in Jeff Brouws, a fellow photographer of the overlooked and obsolete. Eastman's subjects are vanishing, and he has diligently raced to record their shabby charm. His project sings plaintively of loss but itself is an act of progress and affirmation.
Posted by dnj gallery at 5:07 PM No comments:

Darryl Curran and Eileen Cowin on Exhibit at Huntington Library 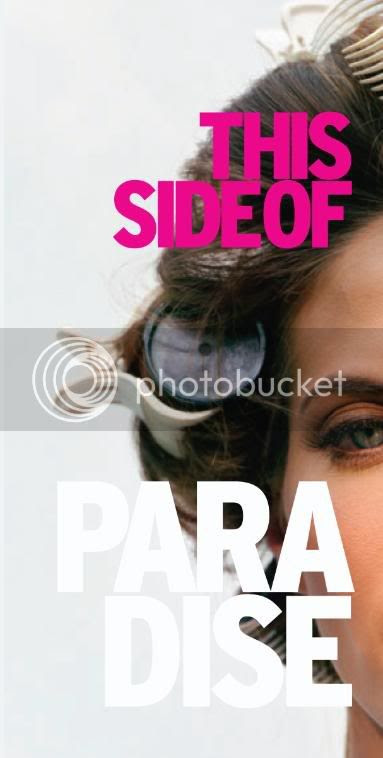 DNJ Artists, Darryl Curran and Eileen Cowin are included in the exhibit This Side of Paradise at the Huntington Library in San Marino. The exhibit runs from June 14- September 15, 2008. Please contact dnj gallery for more info on the artists and their work.

Below is an excerpt from the show's brochure.


THIS SIDE OF PARADISE

This Side of Paradise: Body and Landscape in L.A. Photographs examines the dynamic relationship between the city and the art of photography from the 1860s to the present. Divided into seven thematic sections - Garden, Move, Work, Play, Dwell, Clash, and Dream - the exhibition explores photographs of the city through the dual lenses of landscape and the human body, as well as the provocative visual interplay between the two.

This Side of Paradise is drawn from The Huntington’s extensive photographic archives as well as other institutions, collectors, and artists. Henry E. Huntington believed strongly that Los Angeles was the “city of the future.” His convictions resulted in holdings unparalleled in their visual documentation of the explosive transition of greater Los Angeles from pastoral hub to thriving metropolis.
Posted by dnj gallery at 11:58 AM No comments:

We had a great time at the Michael Eastman Vanishing America opening this past Saturday. Here are some photos from the event. Please stop by and see the show!

We still have books for sale too!
Posted by dnj gallery at 2:25 PM No comments:

A review of Richard Gilles series The Highway Remembers is featured in Sacramento's Midtown Monthly:

"With The Highway Remembers, Gilles examines the chaos that happens when we lose the control we have over our vehicles. These photographs look at the aftermath and effects of the initial destruction. Who creates such monuments and memorials? Did it help bring closure, or serve to aggravate the pain? What is the intended effect on other driving by? These are the questions Gilles investigates with his photographs. This show looks to be a stunning follow-up to Gilles' stellar Almost Home-Less show." -ST

Gilles series Almost Home-Less is currently on display at dnj gallery. dnj has work available from both series. Please contact the gallery for more information about his work.
Posted by dnj gallery at 3:42 PM No comments: