Schedule: The Path of Darryl Curran: from the 1960s – the present (and the Origins of Conceptual Photography) 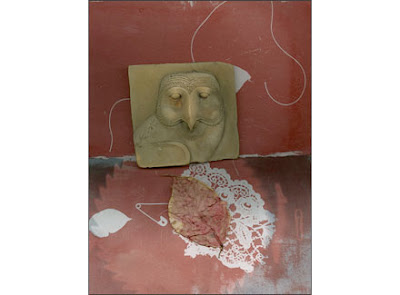 Saturday, February 29th, 2020:  1-3pm
Programming begins at 1 pm with an open conversation titled as Paths Converge. Participants will be guided by a panel of Eileen Cowin, Suda House and Robert Von Sternberg, and after brief introductions, everyone will have a chance to tell their story of how their path converged with Darryl Curran.

"The Path of Darryl Curran: from the 1960s - the Present" - Conversation between Darryl Curran and Eric Joseph 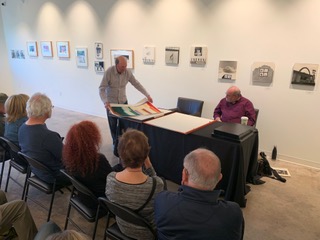 Eric Joseph and Darryl Curran, Senior VP of Freestyle Photographic Supplies, spoke about the innovative work coming from Southern California universities in the 1970s and Darryl’s influence on conceptual photography as both an artist and an educator. Darryl showed some inkjet prints from that period and talked about the experimental nature of his work. 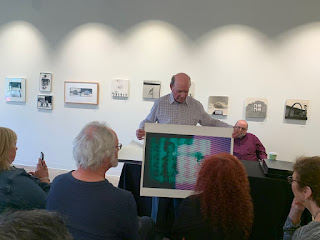 *THIS WAS THE SECOND EVENT IN THE SERIES FROM THE EXHIBIT WHICH IS CURRENTLY ON VIEW THROUGH FEBRUARY 29TH
Posted by dnj gallery at 12:11 PM No comments:

"The Path of Darryl Curran: from the 1960s - the present" - Keynote Speaker: Chris Abbe 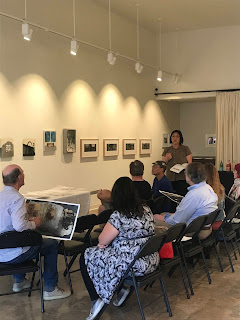 Keynote Speaker: Chris Abbe -- from Nash Editions
Abbe spoke about the start of Curran's career and his photographic processes. Together with Curran, they touched upon the advancements at Nash Editions and the IRIS 3047 graphics printer. Abbe, a former student of Curran's, also spoke about the influence Darryl had on her own work and his influence on Southern California conceptual photography as a whole.

Posted by dnj gallery at 8:28 PM No comments:


The Museum Project from elaine vedette tack on Vimeo. 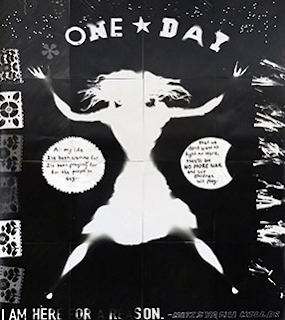 dnj Artist, Karen Amy Finkel Fishof is installed in the exhibition "Into The Light", at the Orange Coast Center for Contemporary Arts.  It is held from February 1st - March 31st.

Fishof produces large scale, life size photograms. The camera less medium, captures images with no negative, bringing to life silhouttes of the people and objects she photographs. There is a serendipitous and tactile nature to her work- since the objects and people she photographs lay across the photo paper to capture the image. Fishof creates a unique type of intimacy than reminds us of our relationship to the objects around us and how they define us.

Posted by dnj gallery at 5:03 PM No comments: