"Radiate" (in the Main Gallery) is a collection of photograms, camera-less images that are made by placing objects on sensitized paper, and exposing all to light. According to Finkel Fishof, this technique allows her to share her thoughts and ideas, and  “I consider it drawing with light. It gives me the strong imagery and narrative, with hidden subtleties, … ” The artwork explores themes such as religion, parenting and politics. “Protest”, for instance, asks several questions regarding the Women’s March in 2017. “What was going through the minds of the women at the Women's March? Why were they there? Did they have a common purpose or did they come for different reasons?”

Born in the Bronx, Finkel Fishof became involved in the New York art scene in the 1980s, frequenting clubs with other known artists, such as Andy Warhol and Keith Haring, She apprenticed under artist, Marylyn Dintenfass and was greatly influenced by her dynamic color schemes and thematic artworks. Finkel Fishof attended Syracuse University where she received a BFA in painting. She studied a year abroad at St. Martins School of Art, London, UK, where she first started creating photograms under the same professors that worked with Gilbert and George. Finkel Fishof has generated art in a variety of settings, such as window display business creating designs for Macy’s, Lord & Taylor, Dress Barn and HMV record stores. She then took courses in graphic design, which introduced her to arranging the details on a flat surface. Presently, a large amount of her work is in private collections.

Linke graduated from University of California, Santa Cruz, which allowed him to remain on the coast and continue his investigation of the water. He has since sold his artwork both commercially and privately, and exhibits his work in various venues around California. Ryan Linke lives and works in Venice, California.
Posted by dnj gallery at 1:23 PM No comments:

dnj Gallery presents a collaboration between art and music

Sofar Sounds (secret gigs and intimate concerts)
A Sofar gig is a show held in an unique venue, like someone's living room or an antique shop. It typically features three artists, playing four songs each. Every lineup is specially curated to give the audience a diverse show.
They are live in 441 cities worldwide. 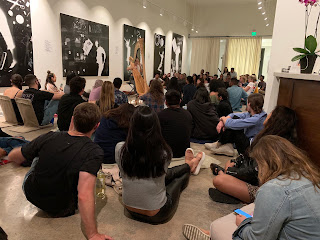 Look for news of the next concert at dnj Gallery by following sofarsoundsla.com

Posted by dnj gallery at 8:58 PM No comments:

The owner/director of dnj Gallery: 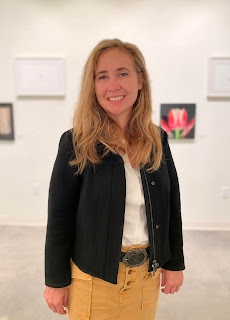 Giving Back to a New Generation!

"For the past thirty years…Pamela Schoenberg has had her finger on the pulse of the Art World. Born in Cincinnati, Ohio, she began her own photography career in college. Her undergraduate project “Boys” — was a success and allowed her to gain notoriety in the art world. She was awarded a commission to photograph the Ethiopian Jews as they immigrated and acculturated into the State of Israel. The series was entitled “Mitiku Family.”In 1998, she was awarded the “Artist-In-The-Community” grant from the City of Los Angeles Cultural Affairs Department. She created a body of work featuring five neighborhoods of LA’s Vermont Avenue. It is in the collection of the Huntington Library in San Marino, Ca. In Los Angeles." 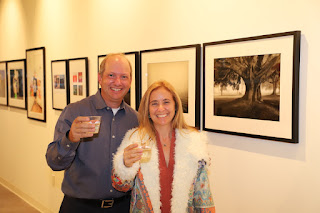 She continued with her photography all while raising a family. In 2007, she opened her own gallery. dnj Gallery is currently located on Ocean Park Boulevard in Santa Monica. She found it fascinating coming back into photography gallery owner. Most of her photography was shot in the pre-digital era. Schoenberg has always had a strong sense of giving back to her community. She donates her time to not for profits and loves working with children and young artists. “I feel as if it is important to teach an understanding of art, the origins of ideas or perceptions. The educational programs are designed to elicit a response from those looking at a piece. I love having a conversation with young people about images: they find the answers from within themselves.” 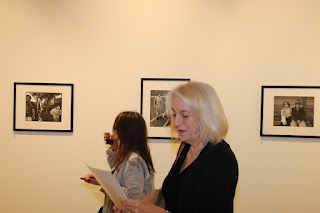 In 2014, she exhibited several student shows. “It was fun, and rewarding to help and teach these kids how to design and curate an exhibition.” She curated an exhibition entitled “When did it Stop Being Fun?” about the stress that teens face in high school. “I compiled an exhibit with photographs, drawings, a video and an installation. Much of the show was completed by me, but I also asked several kids to make images to represent the situation, how they were feeling, and how they believed that others felt. 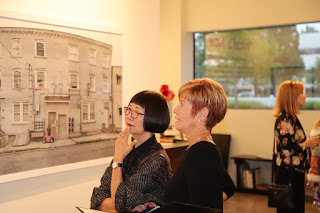 She said that she finds being a gallery owner and director has been truly rewarding. “I really enjoy my interactions with the artists. I love looking for dnj Gallery artists, finding others that agree with my thoughts and philosophies. And, writing about them: it’s almost a puzzle to decipher what is in their mind or what their work says.” 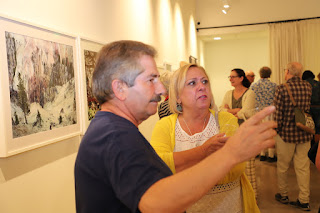 When asked what she tell young people who would like a career in photography who are just starting out…she replied, “Be true to your own ideas. Instead of trying to photograph many different subjects, focus on one, and do it well. Personal energy really shows.” 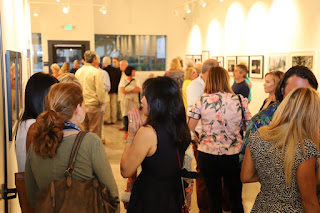 On September 14th, 2019, dnj Gallery presents three a reception for three solo exhibitions from 7:00 p.m. — 10:00 p.m. “Radiate,” by Karen Amy Finkel Fishof opens in the main gallery, with “Aquatic Figments” by Ryan Linke to be featured in Gallery 2. The third exhibition (in the Collection Room) is entitled “Lou Stoumen’s New York.” The exhibitions will run through October 26, 2019; The dnj Gallery, 3015 Ocean Park Boulevard, Santa Monica, 90405. For additional info, call 310.315.3551, or visit the website at http://dnjgallery.net

Posted by dnj gallery at 9:36 AM No comments: 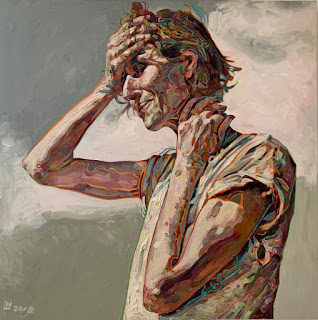 Posted by dnj gallery at 7:57 PM No comments: 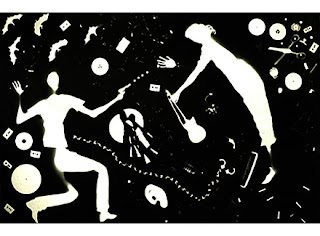 Posted by dnj gallery at 1:42 PM No comments: 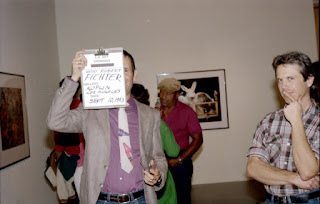 "A Moment in Photo History started as a tongue in cheek documentary project. It evolved from another project titled “L.A. Art Events in Fall 1978. Gradually I realized that most of the openings, lectures, discussions and parties that I attended were photography based.  L.A. Art Events morphed into A Moment in Photo History. The project aimed at supporting and raising awareness of Photographs as Art. My aesthetic stance for the photographs swung between “social landscape” and “snapshot”. I engaged humor and off kilter visual puns and well as straight ahead group and solo portraiture.


The project was most intense during the 1980’s. As the photographic medium became more popular and accepted by the larger art world, the need for this project wained and fewer Photo History picture have been made. In a way, the success and acceptance of photography and photographs doomed the project. And all is well."

* Photographs by Darryl C. Curran  will be exhibited at dnj Gallery from January 11– February 29, in the exhibition entitled, "The Path of Darryl Curran:  from the 1960s – the present (and the Origins of Conceptual Photography)."  It will be a retrospective of his work from the 1960s to the present.