Congratulations to dnj Gallery artist, Benjamin Lowy, for the recent release of his new book titled, Iraq|Perspectives. The book is now available for purchase in stores and online.

"Then and Now" Opening Photos

A big thank you to all who made it out for dnj's "Then and Now" exhibition opening! Here is a slide show of images to enjoy from amazing evening.

Posted by dnj gallery at 1:29 PM No comments:

Labels: "Then and Now"

Dylan Vitone at the Carnegie Museum of Art in "Picturing the City: Downtown Pitsburgh, 2007-2010"

Experience Pittsburgh through the lenses of nine photographers who call the city their home. Inspired by the city’s century-old tradition of documentary photography, The Heinz Endowments asked photographers to record the current renaissance of Downtown, as told through its rivers, parks, buildings, and transportation systems, and brought to life through the celebrations and challenges, faces, and personalities of the people who live and work there. The artists of the Downtown Now Photography Project—Melissa Farlow, Jim Judkis, Richard Kelly, Kenneth Neely, Annie O’Neill, Mark Perrott, Martha Rial, Renee Rosensteel, and Dylan Vitone—focused on changes, large and small, in Pittsburgh today. This exhibition presents 80 works selected by curator of photography Linda Benedict-Jones from the final Project archive of over 400, providing ample evidence that after more than 100 years, photographers continue to marvel over our unique urban landscape.

Picturing the City: Downtown Pittsburgh, 2007–2010 is organized by Linda Benedict-Jones, curator of photography.
Posted by dnj gallery at 3:13 PM No comments: 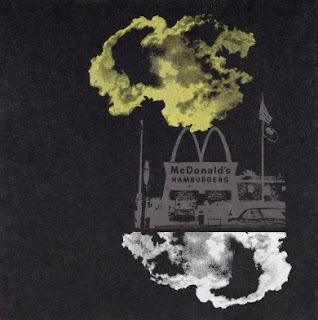 dnj Gallery artist, Darryl Curran, has an image in LACMA's Hammer Building, Level 3 along with several other prominent artists featured in Angeles, 1960 - 1980, which runs through February 12, 2012. Congratulation Darryl!

This installation of work from the permanent collection represents a chapter in the larger photo history of Los Angeles, focusing on the freewheeling use of process employed by photo-based artists during the 1960s through the 1980s. The installation features work by Robert F. Heinecken, Jerry McMillan, Darryl Curran, and Susan Rankaitis.

In 1960, Heinecken, as the head of the Photography Department at UCLA, became known for promoting a photo practice that was varied and often camera-less. Jerry McMillan utilized the populist photo cube that was a fixture in the 1970s home to create photo-sculpture, and generated photo “drawings"—simple manipulations of paper that result in abstractions. Darryl Curran’s photolithographic prints place the artist’s own photographs alongside mass-produced images or logos, creating a hybrid that focuses on our littered environment. Susan Rankaitis created tonal abstractions made solely from chemicals “painted” in layers onto photo-sensitive paper, transforming the way we perceive photography, a conversation that continues today.
Posted by dnj gallery at 12:00 PM No comments:

Benjamin Lowy is best known as a photojournalist who has worked for both Corbis and Getty Images. Having covered numerous wars and traveled worldwide covering conflict with his digital camera, he began using toy cameras, such as a Diana or Holga, in 2004 that allowed for an overlapping of images. Originally intended to save film, these overlapping images became the project "Storyline" which, according to Lowy became a panoramic image representing an idea or space that he could not illustrate with his digital cameras. Lowy's images present narratives unfolding over time. The black and white as well as color images are montages of multiple square frames presented in an extended horizontal format. The images from Darfur, Iraq, Afghanistan, rather than capture a decisive moment or image of action, imply a storyline and the sense of simultaneity. The photographs gain a cubistic aura. The topic and location are still specific to the ongoing conflicts worldwide, but Lowy's presentation in these works is humanistic and narrative. For example, in "Afghanistan 02, 2007" Lowry could combine two views of a crowded outdoor scene showing people moving in and out of the frame as the street recedes in two opposite directions, thus creating a powerful compositional component (dnj Gallery, Santa Monica).
Jody Zellen
Posted by dnj gallery at 1:14 PM No comments: