Check out the Pictures from our Most Recent Opening! "Slick" by Annie Seaton and "Nature Morte" by Cynthia Greig 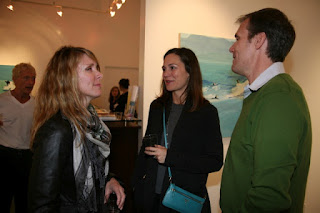 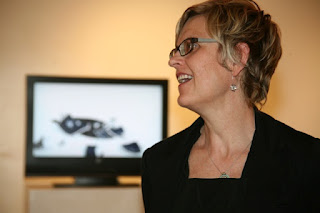 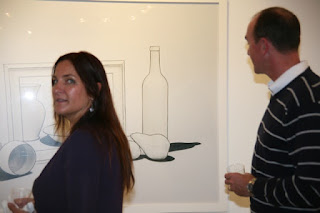 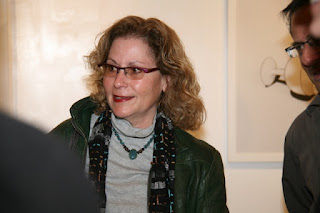 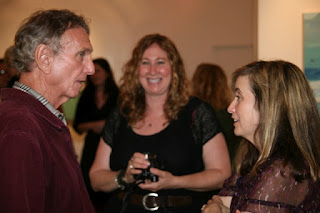 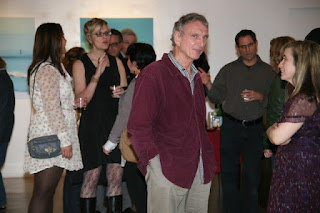 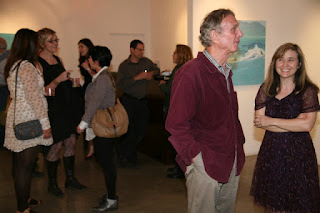 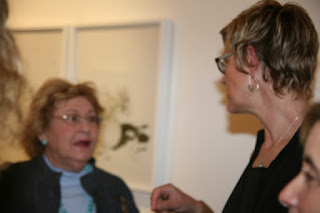 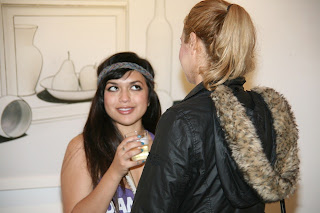 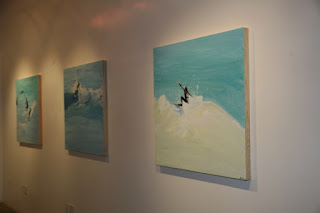 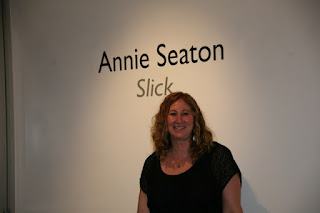 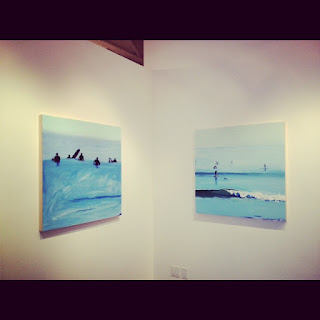 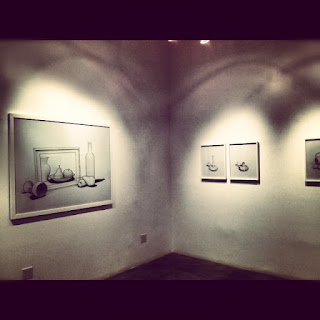 The surf's always up for the figures in Seaton's "Slick." Armed with her camera, Seaton

becomes a "surf voyeur," capturing the variety of surf culture, from surf gangs to multigenerational surf families. In "Slick" she again combines photography with painterly ink

washes to evoke the pure joy she associates with time spent at the beach. By focusing

on such positive emotions, however, Seaton is also responding to life’s difficulties and

constraints. Seaton says, “life comes in waves and all its crests and troughs;

sometimes pounding and ominous and sometimes gentle and heartening.”

Trained as a painter, Seaton has incorporated photographs into her work since 2008.

decade. Most recently, her work was included in the Carnegie Art Museum’s 2011

In Gallery II, dnj Gallery will be exhibiting Greig’s work, in which she revisits her unique

After drawing crude outlines on these objects, she photographs them in still life

arrangements. By confusing two distinct means of representation–photography and

beliefs about what is real or true. As Greig states, “’Nature Morte’ revisits the tradition

relation to the vanitas themes of death, decay, and ephemerality.”

an exhibition of her work entitled, “Cynthia Greig: Subverting the (un)Conventional.”

Her photographs are included in the collections of the George Eastman House,

exhibition at dnj Gallery. Greig lives and works in Detroit.

Map and Directions to the Gallery
Posted by dnj gallery at 2:49 PM No comments: 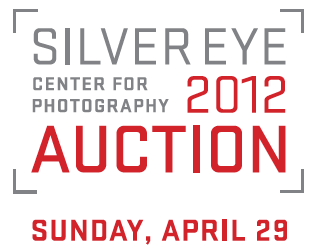 The Silver Eye Center for Photography is hosting its biennial auction and fundraiser. This year features a vast array of vintage and contemporary works by established artists and new up and comers. Auction goers can grab a three day getaway or tickets to any number of events in their silent auction. You can spend guilt free knowing that your purchase goes to supporting Pittsburghs creativity and contemporary photography.

This year Silver Eye was honoring Aaronel deRoy Gruber (1918-2011). Gruber was a very loyal and generous supporter of the Silver Eye Center and an influential individual in the field of photography.

An Auction Catalogue, and online pre-event bidding are available at the Auction Website Here

The Southern Regional Council (SRC) recently announced that thirty-eight books have been nominated for the Lillian Smith Book Awards for 2012, to be presented in Decatur, Georgia on September 2, 2012.

SRC is an inter-racial organization founded in 1919 to combat racial injustice in the South. SRC initiated the Lillian Smith Book Awards shortly after Smith's death in 1966 to recognize authors whose writing extends the legacy of the outspoken writer, educator and social critic who challenged her fellow Southerners and all Americans on issues of social and racial justice. Since 2004 the awards have been presented by SRC in a partnership with the University of Georgia Libraries, whose Hargrett Rare Book and Manuscript Library houses a historic collection of Lillian Smith's letters and manuscripts. The Georgia Center for the Book became a partner in 2007, when the awards ceremony first became part of the Decatur Book Festival.

The award recipients for 2011 were Sacrifice Zones by Steve Lerner and At the Dark End of the Street by Danielle McGuire.  The 2012 nominees include:

Posted by dnj gallery at 1:38 PM No comments:

DESIRE FOR MAGIC: Patrick Nagatani 1978-2008 at the Avampato Discovery Museum 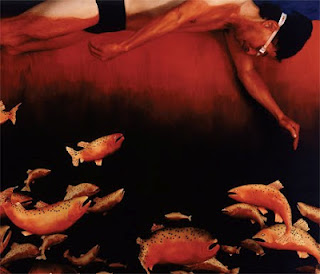 "Then and Now" Artist Patrick Nagatani has a show opening April 21st at the Clay Center for the Arts and Sciences of West Virginia. The show consists of photographs, collages and works with mixed media to form a biopic of Patrick's 30 year artistic career.

Upcoming Exhibits
Posted by dnj gallery at 12:29 PM No comments: