DNJ's current exhibition, of work by Jona Frank, is a featured exhibition in the Entertaimnent section of the Los Angeles Times. Look for the article in this Sunday's paper.

This show is running through November 7, 2009, so please stop by to see Jona's work in person! 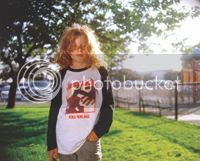 As the youngest of four children and the only girl, Jona Frank spent a fair amount of her youth forced to sit and watch her older brothers at hockey games, piano recitals or at church as they served Mass as altar boys. And those observational skills would serve as a steppingstone to a career as a photographer.

Frank's exhibit at DNJ Gallery, "Boys in Progress" is a homage to those days watching her siblings maneuver and figure out the world. On view are 20 photos of boys ages 8 to 22 taken at different phases of their adolescence, be it a surfer boy, a Boy Scout or a young Mormon proselytizing.

Frank shot some of her subjects a few years apart in this ongoing project focusing on the phases boys go through as they explore their identities. One example, "Simon," was initially shot in 2005 of a 10-year-old boy on a playground with wild blond hair in a Metallica shirt. She revisited him a year later; in "Simon One Year Later" he had clearly grown in size and was still into skating with a "Skate and Destroy" helmet but with less attitude. Boys seem to follow the Santa Monica-based photographer around. For a time Frank lived down the street from Lincoln Middle School and every day at 3 p.m. hoards of them would walk by her house. Then in 2001 she had a son of her own and would sit in parks watching him play, learn and interact.

"She connects with her subjects, and it's evident in the photos," said Jennifer Chrzanowski, director at DNJ Gallery in West Hollywood. "They are posed yet candid at the same time because they have that trust."

Her eye captures those last fleeting remnants of innocence, which is evident in Frank's previous projects; "High School" a photo book of teenagers from 18 suburban high schools across the country and "RIGHT: Portraits From the Evangelical Ivy League."

"There's a definite West Coast vibe in her photos," added Chrzanowski. "John Henry" was the result of Frank's driving one sunny day when she spotted the then 14-year-old on a skateboard with a surfboard under his arm. "Just the way the sun was in his hair was like this ultimate California moment," recalled Frank. Frank's California dreams stemmed from growing up in New Jersey sitting in her Hang Ten shorts leafing through Skateboarding magazine. "I had this iconic ideal about California as a child and wanted to capture that in this project."

Frank moved to the West Coast to attend USC where she studied English and earned a masters in film production. "I am not looking to define one moment in the lives of these boys, I'm looking for a blend, for the textures, the shifts in their interests and obsessions as they progress through childhood," she explained. "My hope is that through these images one reflects on their own experience of once being a young boy or girl."
Posted by dnj gallery at 12:30 PM No comments:

DNJ Gallery artist, Chris Verene, and his exhibition titled, Family, is a continuing and recommended exhibition in this month's ArtScene. Please be sure to stop by the gallery and check out the work in person! This exhibition is running now through November 7, 2009. 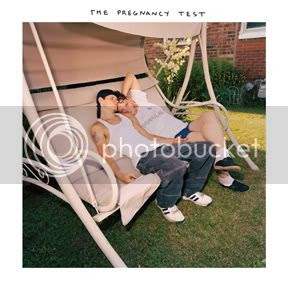 “Family” is a new book and series of digital c-prints by Chris Verene that offers a window into the artist’s past and documents a present that is at the mercy of alcoholism, poverty, and unemployment. Galesburg, Illinois, a small town where Verene’s family has lived for the past three generations, provides an endless source of fascination that is at the heart of his work. The artist writes the names of people and locations directly on the prints, transforming the faces of perfect strangers into identities that we come to know. This he does by capturing all walks of life, from “Max the Bachelor,” a balding elderly man with thick plastic glasses seated on a exercise bike, to “The Pregnancy Test,” where a young couple seated on a swinging bench either waits for or has already received the results. A young boy named Billy stands proudly in his room, his arms crossed over his chest, but the walls behind him have deteriorated and are covered in graffiti and handwriting more likened to a seedy bathroom stall than a young boy’s bedroom. The landscape is covered with junkyards, clothing lines with denim and corduroy flapping in the wind. Double wide trailers are supported by concrete blocks and adorned with twinkle lights.

A white clapboard house is crushed by a tree and the title explains, “the same day they signed the divorce papers, a tornado hit the house.” In the Galesburg presented here there are no homes behind white picket fences, only those who have very little and are struggling to do the best they can.
Posted by dnj gallery at 4:06 PM No comments: